A Report from the NYSUT RA

I have one message to convey to all MITA members, and it is this:  We are so much stronger together than when we allow ourselves to focus on individual differences rather than our collective common interests!!  Your MITA officers were in Albany over the weekend for the NYSUT RA, Representative Assembly. This year we celebrate NYSUT's 50th anniversary. MITA is actually older!  2022 is our 56th year since being established in 1966.

So, forgive me if this particular newsletter is a little bit lengthy, but I really wanted to share a few things from the RA with everyone.

One of the biggest takeaways for me was speaking with people from other local unions all across the state and reading the resolutions that were put together to represent the issues that NYSUT will be advocating to support over the coming year.  One of the resolutions specifically addresses an issue that has been very prevalent in our district lately; the extreme behaviors of some of our students.  As I have explained in conversations with many of you over the past few months, we are not alone in this new dynamic.   It is happening across the state in districts of every size and description. At the RA the NYSUT board of directors adopted a resolution specifically written to address these issues through a few avenues including advocating for additional mental health staffing and other positions with the intention of trying to prevent these behaviors from even developing with proper early intervention, including mental health support for their parents and family as well. As we know, all the advocating in the world won't matter without the funds to make it happen, so it was also encouraging to hear that the Governor has budgeted $100 million in additional funding across the state for expanding mental health services, including adding social workers, school psychologists, guidance counselors, and security guards. Read the full resolution here.

There were many different speakers throughout the weekend; the Governor herself came to address the assembly, AFT President Randi Weingarten spoke as well, but the words of NYSUT's 2nd Vice President Ron Gross really hit home for me, and I suspect for a lot of you as well. I'm paraphrasing, but he said if all of the issues created by the pandemic have taught us anything, it is that we have to care about each other, regardless of our different points of view and we should never let anything become so divisive that we lose sight of what the Union is really all about, which of course is strength in numbers and solidarity.

NYSUT backed up this sentiment with a billboard truck for the occasion, with the simple message "Public Schools Unite Us" which is so true and timely.

After congratulating NYSUT members on 50 years of unionism, the Governor laid out some of her plans to support public education:

Fully fund Foundation Aid, which is the critical funding all schools require to provide educators and students with the support they need to teach and learn. This year’s budget includes:

NYSUT President Andy Pallotta then spoke about a new NYSUT campaign to “Fix Tier 6!” noting that after the flawed Tier 4 was enacted 40 years ago, labor worked for 24 years for tier equity, and won. More than a third of NYSUT's current membership is in Tier 6. Pallotta said, “It won’t be quick or easy, but that fight begins today.”

On a personal note (Thank you if you are still reading!) I wanted to share an experience we had in Albany that took place outside of the convention hall. We had gone out to grab some dinner after the general session meeting ended, and we called an Uber to get us back to our hotel. It was pouring rain. The Uber arrived and we piled into his minivan, there were 5 of us. As we drove, the driver mentioned that he "wasn't able to use the front passenger seat," and that "the wheelchair was in the back." I completely thought he meant that he had a wheelchair back there in case a passenger needed one. As we drove along he asked if we were part of the teachers' convention that he understood was in town. We said that we were. He shared that he is a Special Education teacher of art and music there in Albany, and also a paraplegic. The wheelchair belonged to him, and his van was modified to accommodate his needs, which I had failed to even notice when we got in. This gentleman was driving an Uber on a rainy night after teaching all day. I don't know if it was just the culmination of so many other encounters that day with NYSUT folks from all over NY, or just the magnitude of the realization of how challenging his days must be, but in that moment, I felt very personally both the need for, AND the purpose of what we do as part of NYSUT. We need to do better. And that means keep fighting for New York State to do better, for ALL NYSUT members.

Attending the RA alongside at least 1,300 brother and sister delegates was such a positive experience.

I would like to take this opportunity to remind you all again that public education is our livelihood. We have gotten here because of our unionism. Don’t get so comfortable that you feel any of it is owed to you. We need to continue moving forward working together to defend and support all of our educators and public education. We are 650,000 strong across New York State. We are NYSUT, and NYSUT is us! 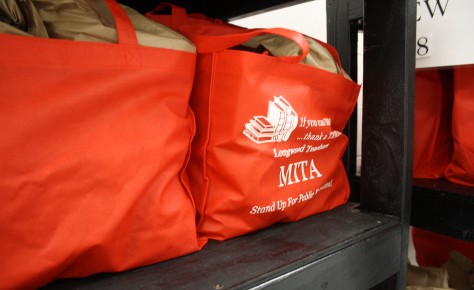 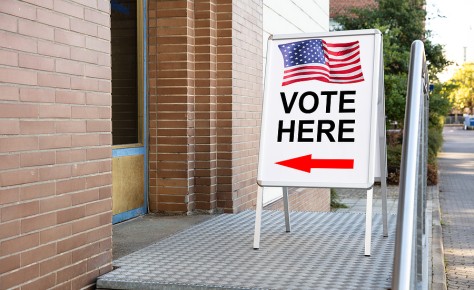